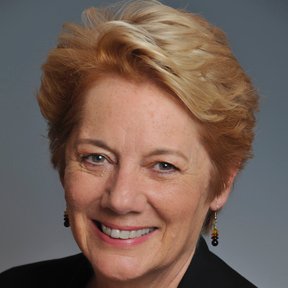 “So, I think that competency-based certifications are a very good thing. Because that means that somebody who hires someone with the certification will know that there’s a competency level that’s been reached.”

OMCP: Hi, I’m here with Anne Kennedy, President of Outlines Venture Group. Anne, could you tell the audience a little bit about yourself?

Anne Kennedy: I’d be glad to, David. Outlines Venture Group is a new company I’ve formed. I am an angel investor and mentor in startup companies, in specific internet startups that are disruptive and scalable. I’m working with my business partner Jillian Meussig to do this. We both had some successful experiences building companies and are now in the lucky position of being able to have this lifestyle business of helping others along.

It’s a lot like raising small children. But before that I was in marketing, really, well I started my first job in advertising and PR in 1970 and my first boss was Don Draper, except his name was Dick Sullivan, but it was that same world that you see on “Mad Men,” and I find that the world is so vastly different today.

So, for 25 or 30 years I toiled in various aspects of that industry and then when the Internet came along, or the World Wide Web as we know, I could see my clients were doing it very badly and I wanted to know how to tackle this new medium and what mattered. And the next logical thing that happened was that I discovered that the search world, which was very very new in the late ’90s, we had things like Altavista, Yahoo, Goto, Northern Lights, companies like that, it was very much beginning but it became very clear that the way you reached customers was going to increasingly be online. And, again, it was not being done well.

So, that’s how I’ve been in online marketing for almost 20 years until I became an angel investor.

OMCP: That’s interesting, and yes it sounds like you have seen a lot of changes in an industry and been there with it all along. You recently wrote a book about international search engine marketing called, “Global Search Engine Marketing: Fine Tuning Your International Search Engine Results.” As far as I know that was the first of its kind. How did you come about this, and what have been the results?

Anne Kennedy: The reason that I wrote that book, and I didn’t write it alone, I had a co-author Kristan Marhauxen, and he was at that time the CEO of Nordic eMarketing in Reykjavik, Iceland. We were working a lot together and we were discovering that the whole idea of how to approach global markets was very poorly understood. Not just in the U.S. but also in other countries around the world. Perhaps less so in places like Europe where you have countries that are so close together that the idea of thinking internationally is very common.

But, in the U.S., two things were happening. One, there was a lot of interest in particularly large national corporations to expand overseas. And there had been some people like Bill Hunt when he was at IBM who had really started this ball rolling, about how to do it well. It’s true, ours was the first book about it, Kristan’s and mine.

The idea that we wanted to get across was that you need to be aware of what you are going into in other countries, that you can’t simply translate keywords, translate a web site, and expect to appeal to the market in other cultures. You need to have the cultural awareness. So, what the book is is a description of, at that time, this was written in 2012, the top 25 markets for the U.S.. There were a couple we didn’t use, most notably countries like the oil countries in the Middle East because those were not ones that were traded online. We went through the top 25 markets cross-matched the U.S. Department of Commerce lists with how Internet-ready and web savvy they were, and how much use of the Internet there was in those countries. And then proceeded to make the book about how to go into that market. What were the available tools to use?

We have considerable information about China, and Singapore, and South Korea. It was a really interesting exercise for me because I didn’t know all this detail until I had to write about it, and it was very interesting to find out what it is that you need to know to operate in these markets.

The second reason we wrote the book is, as I said in the intro to the book, is that even if you’re not marketing overseas, you can be sure your competition overseas is marketing in the U.S. We’re now a global world. The economy is global, you can see how much the recent issues in the Chinese stock market have effected our stock market. It used to be “When America sneezed, the whole world caught a cold,” but now I think that’s shifting a little westward.

So, we’re no longer in an entirely domestic setting and nowhere is that less true than online.

OMCP: How did you train yourself in the early days on online marketing?

Anne Kennedy: Well, that’s a really really good question. And it’s a really relevant one today because in many ways, it hasn’t changed. What happened was, I was a pretty experienced advertising and PR and marketing communications practitioner. I’ve been doing that for a quarter century, and this was a new medium that came along that I needed to understand, how to make it work, because that’s what you need to do and marketing is. You need to understand your market, and you need to understand the medium. This was brand new, with all sorts of different permutations. How do we get to people through websites? How do we get them to come to our website?

And the answer, as I was sitting noodling on this idea back in 1998, in Portland, Maine, the answer quickly became search engines! The early ones. Remember the early ones: Altavista, Yahoo. We didn’t even have paid search then. And Northern Lights was another one, and Mama.com, I just heard a reminder about that the other day.

So what I found, as I was using all the search tools available then, to learn more about how to do marketing online, I tripped over something called the iSearch Discussion List. And this is the point of my story. The iSearch Discussion List was founded by John Audette, in Bend, Oregon, at that time. Or maybe he was in Connecticut, I forget which because he’s been both places. Then it was handed off to Marcel Simmons, who now lives in Idaho and does search for the New York Times. And then it was handed off to Disa Johnson.

I remember, I was in New York, and I got in touch with Marcel and I wanted to meet him. I didn’t know at the time that he lived out West. I thought he lived in New York. So he agreed to meet me and we met and talked about what he was doing with the iSearch Discussion List. And, the whole point was so people could learn from each other. It was a forum. It was a listserv, remember listservs? You could email in a question: “I put something in Yahoo and here is what happened. Did anybody else have this experience?” And people would give you answers. At that time Marcel was the one who was curating the answers for us and moderating the discussion.

The point is, as we do to a very great extent now, we learn from each other. There are very few schools of marketing that teach this. They’re growing. There are a handful of programs around the country. This is a really good thing. Because, as Don Nichols said at an SES conference six, seven, eight years ago, maybe 10 years ago, “Marketing people don’t have a clue about search.” And this is still true. You walk into companies where the marketing people have one thing. Or the PR department, all very traditional, they don’t understand the effect of how search works and how it can build a brand and how it can take down a brand if there are negative things said online. So, it’s very important that we have ways of teaching, and so far that way has been from each other at conferences. That has also helped build a world wide community of practitioners in search marketing, digital marketing.

Now it’s beginning to be, as I said there a few colleges and universities that are offering courses on it. We need a lot more of that. We need to formalize it. It needs to be part of the discussion with the education of both the people who want to do it and the people who hire the people who do it.

OMCP: That’s great and that leads me to my next question. What can competency-based certification do for our industry?

Anne Kennedy: Well, competency is really important. We all know sad stories of companies, some of them large well-known brands, who hired the wrong people to do their work. J.C. Penny comes to mind. I actually met the fellow who was the SEO for J.C. Penny who hired the company that got them banned. He has recovered from that, and he is a delightful man. I think he now works at Land’s End. What happened he had only been in the job eight months. Nobody else in their marketing department had a clue. They just sort of handed it to him. It didn’t occur to him to wonder why their SEO program was costing them $200,000 a month for SEO.

So, I think that competency-based certifications are a very good thing. Because that means that somebody who hires someone with the certification will know that there’s a competency level that’s been reached.

OMCP: Well thank you very much Anne. It’s been a pleasure as always.

Anne Kennedy: Thank you for having me!