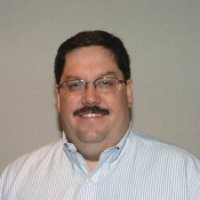 “I think that you’re going to provide a valuable service to people because you don’t sell these things. You, yourself, are not necessarily doing the training as if you were an agency. An agency doing a training is always going to be skewed to their approach and their biases.”

OMCP: I’m here at Pubcon with the CEO of Back Azimuth, Bill Hunt on the convention floor here. Bill, why don’t you tell our audience a little bit about yourself?

Bill Hunt: Sure. As you said, I’m Bill Hunt. I run a company called Back Azimuth Consulting. Our primary focus is really three tracks. One, we built some tools to mine keyword data, to really help you understand the voice of the consumer. Second, I work with large companies to build centers of excellence and how to scale their global search programs. Third, is an offshoot of that, is really helping companies understand how to effectively leverage search, and more and more broader digital marketing across multiple markets.

OMCP: Wow, that sounds interesting, Bill. You were probably the first person to really understand online market in a global scale. What was the impetus for that?

Bill Hunt: Well, it was two things. I think the first time I realized that people needed to market differently was when I was actually living in Japan. And an engineer from Ford was helping out Mazda and said, “I can’t believe these Japanese people have to have a car with a steering wheel on the left hand side and this and this and this. My response to them at the time, as a somewhat drunk Marine was simply, “Why wouldn’t they, it’s their country?”

From that day on, I had this interest of, how do we market to different markets? It culminated when I had my own company in Los Angeles selling earthquake kits and disaster preparedness, and Japan was the first market. We actually used the web. I moved from an online retailer, if you will, to a digital marketing consultant because after the Kobe earthquake, we had sold quite a bit of product. And all these big companies, Western Digital, HP, etc. were coming to us and saying, “How do we use this thing called the Internet?” to target primarily Japan.

Then after Japan, they wanted Spanish speaking markets. So more and more, I’ve started trying to figure out how we could actually use the Internet. My business school thesis was actually using the Internet to reach overseas markets. This was in 1994, 1995 before we had any mainstream search engines, before we even had browsers in many cases. So, that’s where it came from, and it just kept growing and growing and growing. Finding that it’s a big world out there, and you’re basically one query away from targeting someone internationally. So the better you prepare yourself for that, the more successful you can be.

Bill Hunt: It’s the same thing I tell anybody else, just go start trying it. We’re fortunate now when we have all kinds of books and podcasts and great places to go for information, but when I was starting out there was none of that. It was all sort of trial and error. Now even today, I might get an insight from someone, I might go to a course. Conferences are a big inspiration where I’ll hear something, and then what I’ll want to do is apply it.

I think that’s one thing that is not encouraged enough, is applying ideas. Secondly, one thing I see a lot is people…maybe they’re afraid, they’re not sure how to start. I just think, “Do it.” That was my education; make a lot of mistakes. Hopefully, they’re not too costly of mistakes, but try it, figure out what works. Then either replicate it, or abandon it if it doesn’t work.

Bill Hunt: I think it’s great. I think if you’re starting out, it’s a great symbol for someone that you’ve actually had some sort of proper training. It gives somebody something they can hang onto. Unfortunately, they are sort of a dime a dozen out there. There’s a lot of people that come up with their own certification. I think bodies that can have some rigor behind it.

I know when I previously was on the board of directors of SEMPO, we tried to get this in place, but nobody could agree on the standards. What’s nice about having the work that you guys do, is it helps normalize some of those things. It tells people, it vets out what is sort of the true. Back in the early days when you were reviewing training certifications and programs and things like that, it was a place that we could go to where somebody at least took the time to compare them.

Again, as a new person, if you’re straight out of school or just migrating to a career, it is some sort of benchmark that says you have a base level of knowledge. I know a lot of paid search companies won’t hire you unless you have a Google certification, or you’ve taken the intensive courses from say a Market Motive, or someplace like that. That has credibility, and those type of things are what actually motivate an employer to take somebody that may not a lot of experience.

OMCP: Good points. As you know, the Organization Online Marketing Certified Professionals is setting standards for training, education, and online marketing for academic institutions like Duke and Rutgers, and training centers like New Horizons and SimpliLearn, to name a few. As an online marketing thought leader, what is important to you that we do at OMCP?

Bill Hunt: I think that you’re going to provide a valuable service to people because you don’t sell these things. You, yourself, are not necessarily doing the training as if you were an agency. An agency doing a training is always going to be skewed to their approach and their biases.

Number one thing I think we need is some sort of oversight on what is what. That sort of sounds odd, but that struggle we had at SEMPO, we had eight, nine people all doing peer review training and nobody could agree. There’s five peers that are literally your peers; the best in the business couldn’t agree on some even, common language. I think having a neutral body helps sort common language and definitions, and more importantly, making that clear distinction, what is a valid process?

I think the second thing is working with those prestigious universities and programs. They’re going to force, back-force if you will, a level of rigor and quality through their programs because they don’t want put their name on something that’s not quality. But I think timeliness, helping people understand the frequency that they have to update things, careers are made and lost on this type of information.

Company profits are made and lost on the information people learn from these trainings, so I do think there’s a lot of responsibility on whomever does it, to produce it in a way so that it does satisfy both of those. It is profitable to a company that hires a person that has that level of knowledge, as well as advances the careers of the people. And I think a neutral body like what you represent, can actually help facilitate that pretty easily.

OMCP: Thanks for that. One final thing here, Bill, you’re heading off to a book signing here. As I mentioned earlier, I didn’t just read your book, I actually studied it. I give that a lot of credit to what I learned, and how I was able apply those things. Like you said, you have to do it and don’t just read about it. Tell me about that book. In fact, I remember there’s a Chinese version of that book too, which I think is very…and the success, and kind of response you’ve gotten from that book.

Bill Hunt: It has been pretty humbling, especially hearing from you on how it’s helped your career. That’s been one of the humbling, yet scary things, is the number of people that come up to me and say, “I have the job that I have today, because I read your book cover to cover.” The book actually came out of an interesting scenario with Mike Moran, the co-author, and I.

We were both at IBM, and I had written a pretty substantial how-to manual for IBM. It was all catered to different roles, which is different than a lot of peoples’ books. They don’t tailor things based on roles, or how to scale. Thinking about it from the big picture is a lot of quick tactics.

The second thing was, is that Mike was going for distinguished engineer, and one of the things that he could do to help him get that prestigious rating was actually write a book. So we had source material, we had our own throes of doing it at IBM, that’s what put the book out. Every single person that I’ve met that’s read it has said that because it was different, it was written in a way that you can actually apply it. Even this morning, someone stopped me in a hallway and said they were going to come get the third edition signed.

So we’re now on the third edition. As I mentioned earlier, trying to update it. So in between every edition, there’s printings. So every time it’s newly printed, we try to go in and update data, facts and numbers, and anything that’s changed. We hope that it can continue to help people figure out ways that they can leverage this when they’re in business.

OMCP: Well, thanks a lot for your time today, Bill. We really appreciate it.